This is a Stainless Steel Sigma Mixer Machine ,Sigma Mixer (twin arm mixer cum kneader) can also be called as Universal Mixer, can be used for mixing of products in various phases i.e. free flowing solids, liquids, light pastes, heavy pastes and dough. The ideal use is however for the last two applications. General Construction and operation: The equipment basically consists of a horizontal trough having "w" cross- section formed by joining of two opposing "J's" at their shorter arm. Each "J" houses a mixing element or arm supported by anti friction bearings mounted on heavy-duty side plates on either end of the trough. Both the Arms contra rotate towards each other generally at different speeds. 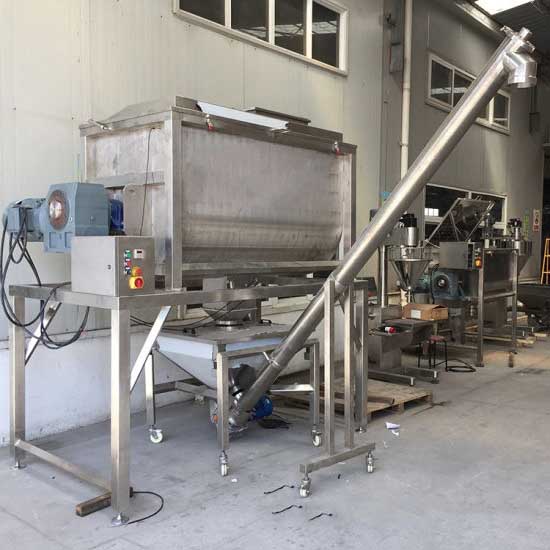